See what our customers are saying about our services.

We love the finish product.

The basement is perfect for us. It was great to work with Paul; he answered all our questions in a timely matter and was proactive in regards to issues that arose. Paul did a great job at managing the project and his team was very professional. They ensure the job site was left clean at the end of each day and the mess was kept to a minimum. The finish product surpassed our expectations.

“This company was recommeded to me by another tradesperson that had worked with Andy before so I thought that was a good start. He discussed what we planned to do and started the drawing and review to find we would have structual issues if we confinued, so sat down and explained further options. The end result was better than our original intent, and within the budget we had set. To complete both the kitchen and batroom at the same time was only a challege to those living in the home, the contract team arrived daily, did what was planned for the day, cleaned up and left us to complete the day. The project was completed on time, even with vacation time being taken into account. The best part, a year later we were contacted and they arrived to review the work, noticed some nail pops so booked time to correct, no charge. We later hired teh team to complete a basement washroom that was again ontime and on budget. I have heard it stated “if Andy is not working, than no one is this year”

“J.B. Holmes Contracting is a professional, knowledgeable company. Their expertise and time management is exceptional. As a realtor I have referred them to clients knowing their integrity. I would definitely call for any renovation!!”

We would love to hear your experiences and success stories about using JB Holmes Contracting. Share your thoughts with us and other potential clients by submitting your testimonial. 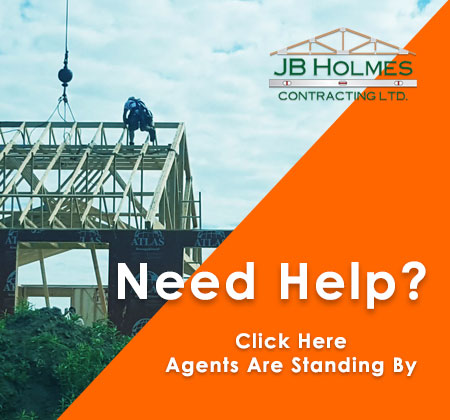